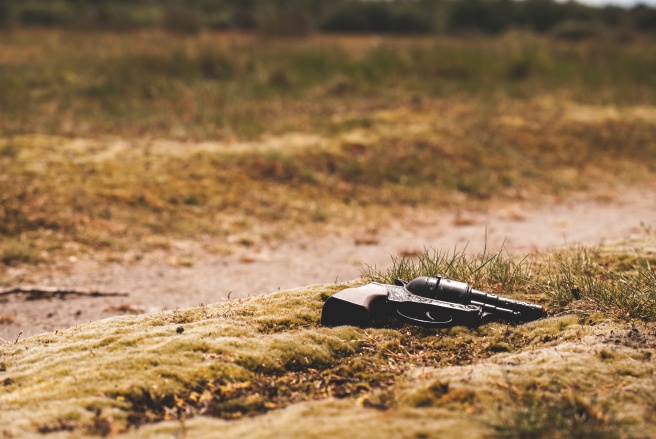 “The contest for ages has been to rescue liberty from the grasp of executive power.”

In June 2015, the Department of State proposed several changes to the International Traffic in Arms Regulations (ITAR), which regulate the manner in which items on the United States Munitions List (USML) may be exported. 80 Fed. Reg. 106 (proposed Jun. 3, 2015). In addition to the physical armaments themselves, the ITAR regulates the export of USML items’ technical specifications. The key component of the ITAR, and the reason it concerns First Amendment scholars, is that it requires authorization from the State Department prior to the export of any items falling within its purview. The prior authorization requirement, combined with a creative definition of “export,” creates a real danger of speech suppression through prior restraint.

Currently, the ITAR does not explicitly require State Department authorization to post technical specifications of USML items on the Internet; however, the revised definition of “export” , which includes the “[m]aking [of] technical data available via a publicly available network (e.g. the internet),” changes that. 80 Fed. Reg. 106, 31535 (proposed Jun. 3, 2015). Because the USML covers the types of firearms owned lawfully by millions of Americans, Second Amendment groups fear that these revisions will result in the suppression of firearm-related speech on the Internet. While the Obama administration is certainly no friend to firearm deregulation , the “prior restraint” case law renders such suppression unlikely. Byron Tau, Oregon Shooting: Obama Calls for Gun Reform, Wall Street Journal (Oct. 1, 2015).

The Prior Restraint Doctrine under Intermediate Scrutiny

Originally referring to English licensing schemes used to muzzle publishers of newspapers, the term “prior restraint” has grown to encompass most schemes requiring the licensing of speech. Though courts remain extraordinarily hostile to prior restraints, they may find content-neutral licensing schemes constitutional. See United States v. O’Brien, 391 U.S. 367 (1968) (upholding law that prohibits the destruction of draft cards as a narrowly-tailored, content-neutral speech restriction); see alsoNeb. Press Ass’n v. Stuart, 427 U.S. 539 (1976) (recognizing a presumption against the validity of prior restraints on speech).

A licensing scheme is content-neutral when its restrictions are independent of the content or viewpoint expressed in the speech. In these cases, the Court will first ask whether someimportant government interest unrelated to the particular speech justifies its suppression. Further, the restriction must not burden speech any more than necessary to serve the government interest, and the scheme must have clear standards governing the exercise of discretion by the licensing official to guard against content censorship. These criteria are known collectively as intermediate scrutiny . See United States v. Mak, 683 F. 3d 1126 (9th Cir. 2012).

Despite its broad regulatory reach, the ITAR rarely finds itself challenged on First Amendment grounds. From the few existing cases addressing this issue, the consensus is that the ITAR is content-neutral and not a prior restraint in violation of the Constitution. 683 F. 3d 1126, 1136 (9th Cir. 2012). For example, in United States v. Mak , the defendant was caught attempting to travel to China with the technical specifications of the United States Navy’s Quiet Electronic Drive submarine propulsion system. Id. at 1131. He challenged the ITAR on First Amendment grounds, but the court ultimately rejected that claim, id. at 1136, ruling that the licensing requirement served the important government interest of “ regulating the international dissemination of military information,” an interest of “unquestionable legitimacy.” Id. at 1135. Further, because of its myriad exceptions exempting the most protected speech, scientific research for example, the court found that the ITAR was sufficiently narrowly tailored toward that interest to pass constitutional muster. Id. at 1136.

In requiring that the ITAR be narrowly tailored to serve an important government interest, the Mak court signaled that any future challenges to the ITAR as a prior restraint would be analyzed under the framework of intermediate scrutiny. While that case does not speak directly to the constitutionality of licensing requirements for civilian firearm-related speech on the Internet, the unequivocal application of intermediate scrutiny does provide guidance.

The important government interest in “regulating the international dissemination of military information,” which was the death knell for Chi Mak’s appeal, should serve to shield civilian firearms enthusiasts from the ITAR.

Under the intermediate scrutiny that would be applied to licensing schemes for internet speech related to small arms, the government would bear the burden of showing that (1) the licensing requirement served an important government interest unrelated to the content of the speech; and (2) that the licensing requirement was as narrowly tailored as possible to serve that interest. In Mak, the Court found the then current version of the ITAR served an important government interest in “regulating the international dissemination of military information” and that it was sufficiently narrowly tailored because of the exceptions it provided. Mak at 1136. Though that interest is well served by the regulation of submarine schematics and encryption software, it is not so clear how this interest is served by a scheme requiring civilians to obtain licenses to talk about guns on the Internet.

Furthermore, the civilian ownership of firearms holds a unique place in American culture—one that is recognized even by our highest court. In the United States, the right of civilians to own firearms is protected by the Constitution and roughly 1/3 of households own at least one gun.Tom W. Smith & Jaesok Son, Trends in Gun Ownership in the United States, 1972-2014(University of Chicago, 2015). In reviewing state and local laws that forbade the purchase or ownership of handguns, the Supreme Court has stated repeatedly that the ownership of firearms is “ deeply rooted in this Nation’s history and tradition ;” unsurprisingly, it has guarded the Second Amendment zealously. McDonald v. City of Chicago, 561 U.S. 742, 745 (2010). Characterizing the exchange of civilian firearm information online as a proliferation of military information is farfetched, and, as can be inferred from the reasoning in Chi Mak, such characterization would likely render the ITAR too broad to pass intermediate scrutiny.

To maintain its constitutionality, the ITAR must remain as narrowly focused on the regulation of the dissemination of military information as possible. Though the USML does include firearms commonly owned by civilians, any prior restraint placed on civilian Internet traffic related to these items would destroy the narrow focus that has kept the ITAR in courts’ good graces. Further, given the Supreme Court’s support of the individual right of civilians to own and use of firearms, the government would be hard-pressed to convince the Court that the suppression of one of the primary means of exercising that right serves an important government interest.