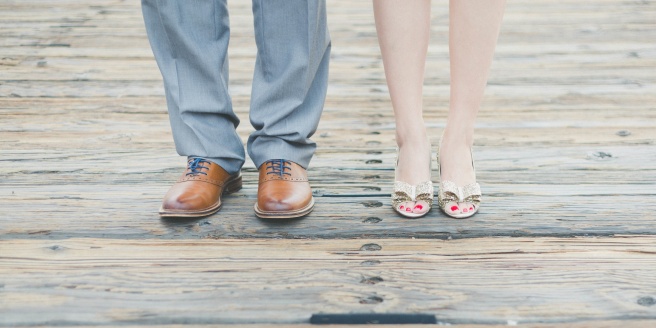 “This is a sad day for North Carolina that history will not judge kindly,” Sarah Preston, the acting executive director of the ACLU of North Carolina said in a statement released on June 11, 2015 . That was the day the North Carolina House of Representatives (the “House”) voted to override Governor Pat McCrory’s veto of Senate Bill 2 (“S.B. 2”), officially making the bill law. The new law permits certain government officials to recuse themselves from performing marriage ceremonies based on their religious beliefs.

Advocacy groups and Representatives who voted against S.B. 2 fear the law will have a negative impact on same-sex couples. Notably, government officials may abstain from performing ceremonies at any time, even the moment they are approached by a couple. Additionally, in smaller counties with only a few magistrates, the concern is that all available officials will recuse themselves. This concern became a reality in McDowell County, as all four magistrates in the county recused themselves, requiring neighboring magistrates to drive in to assist with marriage ceremonies. What’s more, as of September 11, 2015, 32 magistrates in North Carolina had recused themselves under Senate Bill 2. No formal lawsuits have been filed challenging the bill, but advocacy organizations like the ACLU of NC have encouraged any couples that have encountered hurdles to contact their office.

While the new law is not facially discriminatory, because it does not explicitly discriminate against same-sex couples, it directly implicates the Establishment Clause. The First Amendment provides that, “Congress shall make no law respecting an establishment of religion,” and S.B. 2 expressly permits government actors to abdicate their duties based on religious objection.

Senate Bill 2, first filed in the Senate in January 2015 by Senate Pro Tempore Philip Berger (R-N.C.), allows magistrates, assistant registers of deeds, and deputy registers of deeds to legally recuse themselves from performing marriage ceremonies “due to sincerely held religious objection[s].” S.B. 2, 2014-2015 Gen. Assemb. (N.C. 2015) (codified in N.C. Gen. Stat. §§51-5.5, 14-230, 161-27, 7A-292). Once an official recuses him or herself, the recusal is in effect for at least six months, and the official may not perform any marriages until the recusal is rescinded in writing.  In the event that all magistrates in a jurisdiction have recused themselves, the Administrative Office of the Courts shall ensure that a magistrate is available to perform marriages at least “10 hours per week, over at least three business days per week.” N.C. Gen. Stat. §7A-292(b)(2015).

S.B. 2 was passed by both chambers of the General Assembly, but when it landed on Governor McCrory’s desk on May 29, 2015, he vetoed it. However, a couple days later, the Senate voted to override the veto. The House of Representatives waited a couple sessions to vote on it. As the House vote came out to 69-41 on June 11, it was only 3 votes over the 3/5 majority required. Ten House members were absent , including several Democratic representatives whose votes likely would have changed the outcome. Many advocacy groups were reminded of the “ veto garage ” approach popularized by former speaker Thom Tillis, which entailed leaving vetoed bills in committees for future votes. The approach has been characterized asunfair , but has never been challenged in court.

Advocacy groups released many statements protesting the passage of the bill. Reverend Jasmine Beach-Ferrara, executive director of the Campaign for Southern Equality , said “[w]e’re extremely disappointed that the legislators passed this bill, which is clearly discriminatory. Today we saw the Legislature move forward with a transparent anti-gay agenda. It is unconstitutional and won’t stand up in court.” Representatives in the General Assembly chimed in as well. “This was legislation by ambush and we continue to have to resort to the court to defend the rights of our citizens because our legislature fails to do so,” House Democratic Leader Larry Hall said.

In 1971, the Supreme Court established the Lemon test to determine whether a law passes scrutiny under the Establishment Clause, which applies to S.B. 2. Lemon v. Kurtzman, 403 U.S. 602, 612 (1971). Under the Lemon test, to pass Establishment Clause scrutiny, the government’s law must: (1) have a valid secular purpose, (2) not have “the principal or primary effect” of either “advancing or inhibiting religion,” and (3) not create “an excessive government entanglement with religion.” If any of these prongs is violated, the government’s action is deemed unconstitutional. The prongs have been clarified and applied in many cases since then.See, e.g., Lynch v. Donnelly, 465 U.S. 668, 694 (1984); Lee v. Weisman, 505 U.S. 577, 585 (1992).

Some may argue that the Lemon test is outdated because of a changing social environment around religious freedom. There have been cases that approached Establishment Clause questions with tests other than the Lemon test. See, e.g. Bormuth v. Cnty. of Jackson, __ F.Supp.3d __, 6 (2015) (using a fact-sensitive inquiry looking at whether the government act was “psycho-coercive” instead of the Lemon test because an act that fails the coercion test would also necessarily fail the Lemontest). In addition, some Supreme Court Justices have expressed their criticisms of the use of the test in certain situations. See, e.g.Lamb’s Chapel v. Center Moriches Union Free Sch. Dist., 508 U.S. 384, 398 (1993) (Scalia, J., concurring) (calling the LemonTest “some ghoul in a late-night horror movie”). Despite this, the Court has never invalidated the test, and lower courts across the country consistently apply it to Establishment Clause cases. In fact, the test was still applied in cases as recently as September 2015. See, e.g. Robinson v. Cate, No. 2:11-cv-02555, 2015 WL 5326199 (E.D. Cal. Sept. 9, 2015); Jewish People for the Betterment of Westhampton Beach v. Vill. Of Westhampton Beach, 778 F.3d 390 (2015). Though it was created in 1971,Lemon is still the main test used by courts when considering Establishment Clause claims, particularly when considering “situations in which the government has allegedly acted to assist an existing religious group.”Amos v. Stolzer, No. 1:14CV63, 2014 WL 6473596, at 5* (E.D. Mo. Nov. 18, 2014).

Senate Bill 2 violates all three prongs of the Lemon test. First, S. B. 2 lacks any valid secular purpose. The intent behind the law was to “protect sincerely held religious beliefs,” as stated by House Speaker Tim Moore, which indicates that it intentionally promotes religion to community members, including government officials, couples who want to get married, and other entities involved. It is unrelated to any economic, political, or social motivations that could be deemed unrelated to religion.

Second, the law’s primary effect is to “advance religion.” The officials identified in the bill are government officials, so by allowing them to refrain, based on their religious beliefs, from performing their duties, the bill is promoting religion by the state. It is not merely accommodating religious objections as permitted under Title VII ; it is prioritizing individual religious beliefs over a federal constitutional duty to issue marriage licenses and perform governmental duties. This advances religion over state responsibilities.

Third, Senate Bill 2 creates an “excessive government entanglement with religion.” The government made a law that is explicitly creating an exemption based on religious beliefs, which “invites and encourages” religion to become a part of the job description of state officials. Santa Fe Indep. Sch. Dist. v. Doe, 530 U.S. 290, 306 (2000). There is no way to separate the government job from the religious exemption; they essentially overlap. The law fails the Lemon Test, and should be deemed unconstitutional under the Establishment Clause.

In December 2015, six plaintiffs filed a federal lawsuit challenging Senate Bill 2 under the Establishment Clause, as well as the Equal Protection and Due Process Clauses of the Fourteenth Amendment. The plaintiffs are three couples who live in different counties in North Carolina. While none of them have been specifically denied access to a marriage because of Senate Bill 2, they claim standing in this suit because they are state taxpayers challenging a specific state law that authorizes public spending for an expressed religious purpose. The outcome of the lawsuit could not only repeal Senate Bill 2, but also speak to the balance between religious freedom and government protections and clarify the federal government’s stance on the Establishment Clause.