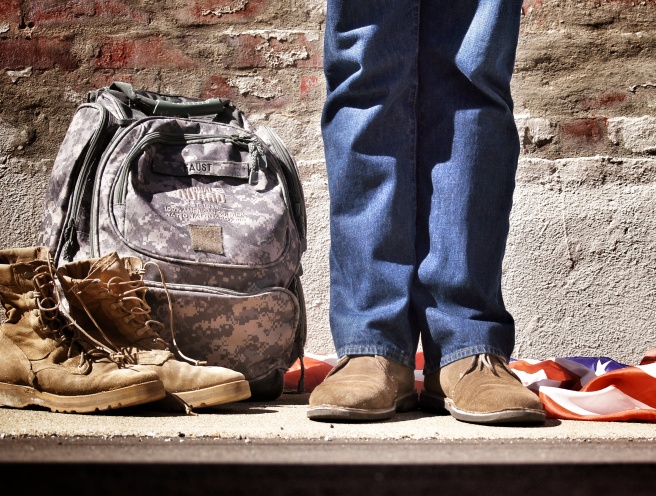 “What you’re doing right now is illegal,” yelled former infantry Ryan Berk, in parts both enraged and incredulous, “I’ve worn that fucking uniform and I’ve had friends get killed in Afghanistan wearing that fucking uniform.” Berk was documenting an incident of stolen valor, the act of making false statements or wearing the uniform or medals of United States military personnel. Unfortunately, these types of interactions have become germane, particularly around the holiday season, as frauds attempt to exploit holiday shopping deals reserved for veterans and active duty personnel. Originally codified as federal misdemeanors in 2005, the Stolen Valor Act has been the subject of several legal disputes, which lead to the Act’s revision in 2013. The most recent case, United States v. Swisher, cemented the Stolen Valor Act’s legacy: an unconstitutional abridgement of freedom of speech which allows charlatans to dilute and besmirch the uniform of the United States military.

The Stolen Valor Act was enacted in 2005 and criminalized the fraudulent representation of oneself as an active or former United States serviceman. Specifically, the Act targeted both verbal and physical representations: 18 U.S.C. § 704(a) made it illegal to wear unauthorized medals, while § 704(b) made it illegal to falsely state that one had been in the military. In enacting this legislation, Congress sought to penalize and dissuade individuals from exploiting the military’s image for their own personal benefit, whether that benefit be favorable standing in social circles or the monetary gain of better discounts.

United States v. Alvarez was one of the first cases to challenge the Stolen Valor Act. After a man in Maine was arrested for falsely stating in a public meeting that he was a Congressional Medal of Honor Recipient, he challenged § 704(b) on the grounds that it was an unconstitutional abridgment of his right to freedom of speech. The Supreme Court agreed, and held that while the government’s interest in protecting the honor and reputation of those in the United States military was important, the government needed to prove that the law was “actually necessary” to curbing this speech. Because the government did not provide enough evidence to suggest that counter-speech, the reliance on others to speak out to correct falsehoods in the public forum, would suffice to curb stolen valor, § 704(b) was deemed unconstitutional.

United States v. Swisher involved a challenge to § 704(a). Defendant Swisher had been a Marine shortly after the Korean War. Swisher was honorably discharged in 1957, and on his discharge papers had listed no medals won. In 2001, Swisher filed a claim for service related PTSD for a covert Korean operation, of which he claimed to have been apart, during which he stated he was wounded and received several medals. A year later, the VA discovered that the claim had been fraudulent and ordered Swisher to repay for his claim benefits. In 2007, Swisher was indicted for 4 federal violations, among them a charge of violating the Stolen Valor Act by wearing unearned medals. A series of appeals followed to no avail, but after the decision in Alvarez, Swisher re-appealed on First Amendment grounds and the case went before the Ninth Circuit. Applying Justice Breyer’s intermediate scrutiny test from Alvarez, the Ninth Circuit held that § 704(a) was unconstitutionally broad, and did not have the necessary limiting factors to narrowly tailor the statute. The holding in Swisher now creates a circuit split with the Fourth Circuit in United States v. Hamilton, which upheld § 704(a) under Justice Kennedy’s strict scrutiny test from Alvarez.

Following the ruling in Alvarez, President Obama signed a revision to the Stolen Valor Act that criminalized the use of military medals or false service for monetary benefit. The revision aimed to harmonize more precisely what many felt was the true reason why acts of stolen valor are perpetuated. This revision, however, misses the point of the original legislation and the governmental interests at stake in Swisher and Alvarez. The government was not attempting to protect the profits that were being stolen under false pretenses, but was instead attempting to protect the reputation and honor associated with current and former members of the United States military. The paradigm shift represented in the Act’s 2013 revision leaves veterans and active duty servicemen and women lost in the shuffle; the medals that they fought and died for free to be exploited for all benefits not monetary. Compounding this issue is the fact that the average American lacks the intricate knowledge of the inner workings of the Armed Forces to act as effective counter-speakers against those stealing valor. Luckily, Ryan Berk and other members of the Armed Forces family will, and should, help bridge that gap this holiday season.