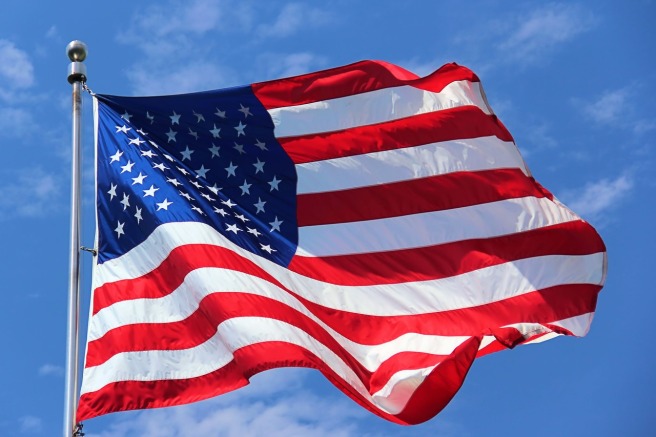 In August, 2016, Colin Kaepernick, former San Francisco 49ers quarterback, sat down in protest during the playing of the national anthem before a preseason game. When asked why he sat down, Kaepernick responded, “I am not going to stand up to show pride in a flag for a country that oppresses black people and people of color. To me, this is bigger than football and it would be selfish on my part to look the other way. There are bodies in the street and people getting paid leave and getting away with murder.”

Following Kaepernick’s lead, many other players in the NFL began to kneel during the 2016 season to bring attention to the racial and social injustices still present in America today. While the protests during the 2016 season sparked significant debate, the 2017 season protests have proven to be some of the most divisive controversies the sports world has ever seen. In fact, on September 22, President Donald Trump spoke out on the issue, saying:

Wouldn’t you love to see one of these NFL owners, when somebody disrespects our flag, to say, Get that son of a bitch off the field right now. Out. He’s fired. He’s fired! You know, some owner is going to do that. He’s going to say, That guy that disrespects our flag, he’s fired. And that owner, they don’t know it. They don’t know it. They’ll be the most popular person, for a week. They’ll be the most popular person in this country.

Following President Trump’s statements, there has been a great deal of pushback from both the league and its players. In response to President Trump, the National Football League Players Association (NFLPA) Executive Director, DeMaurice Smith, issued the following statement:

The peaceful demonstrations by some of our players have generated a wide array of responses. Those opinions are protected speech and a freedom that has been paid for by the sacrifice of men and women throughout history. This expression of speech has generated thoughtful discussions in our locker rooms and in board rooms. However, the line that marks the balance between the rights of every citizen in our great country gets crossed when someone is to just shut up and play.

And, this is where the First Amendment comes into play.

As the NFL is a private organization, the First Amendment does not protect the actions of the league players. This is not to say that the essence of free speech loses its importance; the actions the players are taking are extremely important to raise awareness of the social issues around us today. However, any action taken by the NFL or its teams against the players involved in protests would not violate the First Amendment due to the state action requirement, which makes it impossible for private parties to violate the First Amendment. Therefore, if there were to be any grounds to bring a legal claim under the First Amendment, the best option would be to bring it against the government; specifically, a claim could be brought surrounding the statements made by President Trump.

In a recent Supreme Court opinion, the Court stated that as a general matter, the government is “entitled to promote a program, espouse a policy, or take a position.” However, the Court also went on to state, “the Free Speech clause itself may constrain the government’s speech if, for example, the government seeks to compel private persons to convey the government’s speech.” While NFL teams, which are private actors, are well within their rights to discipline players—or fire them—for protesting the National Anthem, this analysis becomes trickier if the motivating factor behind the punishments is directly related to President Trump’s statement.

If NFL teams and their owners were to be compelled by President Trump’s statement to fire their players who protest the anthem, this certainly could cross the line into the territory of a First Amendment violation. However, one question remains—what would it take to prove such an allegation? Quite frankly, it would take a “smoking gun.”

A recent tweet by President Trump could be a potential avenue. On October 10, 2017, President Trump tweeted: “Why is the NFL getting massive tax breaks while at the same time disrespecting our Anthem, Flag, and Country? Change tax law!” If in the future, tax law was to change in response to President Trump’s disapproval of the player protests, it would only be a matter of time before someone initiated a First Amendment claim. If so, this could mark the beginning of a new development in First Amendment law. However, as no such potential change in tax law has been instituted, there is not much that can be done.

Where to Go from Here

As it stands now, the players will continue to protest, and teams will continue to deal with their players as they see fit. As for the President’s comments, it isn’t exactly clear whether or not he has crossed the line just yet as to illustrate government speech that constitutes a First Amendment violation—only time will tell. As passions continue to rise and players continue to protest, it will be interesting to see how far this situation may reach. While the protests are not within the scope of First Amendment protection from the actions of the NFL, the fact remains that freedom of expression and freedom to protest are two fundamental rights we as Americans believe and respect. The Constitution does not discriminate and neither should the NFL.

One thought on “Protesting the Flag: The NFL and the First Amendment”