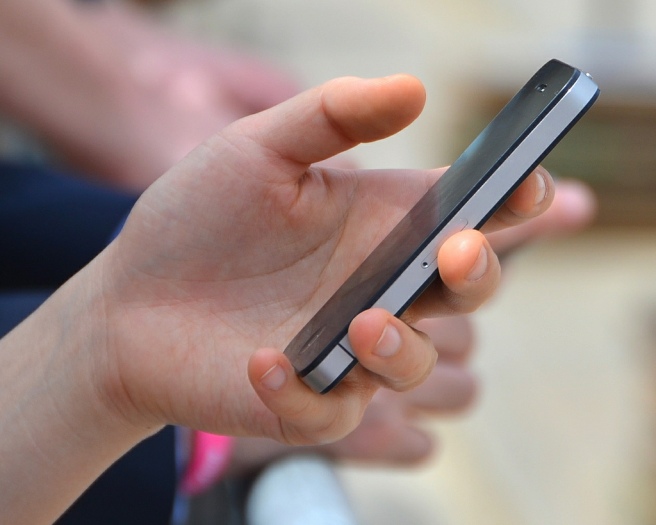 These were some of the last words that Michelle Carter texted to her then-boyfriend Conrad Roy III, in July 2014 as he contemplated suicide.

In the summer of 2012, while on a vacation in Florida, Carter and Roy met for the first time and entered into a relationship.  The relationship continued as the two discovered that they lived less than an hour away from each other in Massachusetts — Carter in Plainville and Roy in Matapoisett.  Despite the proximity, the two did not meet up in person, but instead regularly texted and Facebook messaged with each other to communicate.

Both teens were fighting private battles.  Roy had been struggling with severe depression, stemming from his parents’ divorce.  Carter was also fighting a battle with depression and feelings of loss after a close friend had suddenly cut Carter out of her life.  The two bonded over their struggles, and as their communications progressed, they gradually began to talk more about Roy’s depression in June 2014 and began to talk seriously about Roy’s plans to kill himself.

These conversations about Roy’s future suicide lasted roughly a month.  At first, Carter tried to convince Roy to seek out counseling and get help.  However, as the conversations between the two continued, Carter began to increasingly pressure Roy to try to commit suicide by asking when he would do it and by voicing her wonder as to why he had not done it already.

On the day Roy died, Carter convinced Roy to go to “a quiet parking lot or something” and kill himself.  Although his responses to these messages clearly convey Roy’s reluctance, he drove his truck to the parking lot and proceeded to commence the act by connecting his car to a pump that let in carbon monoxide.  At one point during the act, Roy got out of his car, but Carter encouraged him to “get back in.”  And he did.  Carter listened to Roy die. She never called emergency services for help.

“Killing Words” and the First Amendment

Nearly three years after Roy’s death, Carter was found guilty of involuntary manslaughter, rather than the lesser charge of harassment or bullying.  Commonwealth v. Carter set the precedent that a crime like that can be committed through words alone.

However, the decision in Carter has sparked debate about whether the court overstepped its bounds and encroached on the First Amendment by exercising viewpoint discrimination.  In particular, this raises interesting First Amendment issues that include whether such speech can be criminalized and why the Carter court decided to rule the way that it did.

With the rapid advance of technology, the courts have struggled over the past two years to reconcile malicious speech cases similar to Carter.  Typically, courts either work around the speech issue to frame it as something else or they avoid First Amendment concerns entirely.

So if the courts have addressed issues similar to Carter before, what makes Carter so different? The answer remains unclear, but two of the biggest factors in the court’s decision are (1)  the combination of technology, and the emphasis on words as the basis of communication, and (2) the agency of the individuals.

The role of technology in individuals’ daily lives has grown rapidly over the years to become a more accepted, and sometimes the only, means of communication.  This was certainly true for the relationship between Carter and Roy.  From the start of their relationship, Carter and Roy’s communications were restricted to text messages and Facebook, rather than communication via old-fashioned means.  Thus, words were the truly defining feature of this relationship and how the two influenced each other’s lives.

In United States v. Drew, a seminal online bullying case, a mother, whose daughter was being bullied, posed as a teenage boy on MySpace in order to harass her daughter’s bully. The bully ultimately committed suicide, and the defendant was convicted under an obscure section of the United State Code. Unlike in Drew, where technology’s impact was only beginning to take shape, the relationship in Carter was built on words and technology.

Tying the role of technology into the concept of agency, which is an individual’s ability to make decisions and act independently, completes the picture of the court’s reasoning.  There are numerous crimes that involve words and technology, such as threats and conspiracy, but none of these are held to be sufficient to restrict one’s speech.

The Carter court seems to be suggesting that the difference between this case and others is that because Carter and Roy’s relationship was solely verbal and based on words alone, these words substituted action on Carter’s part.  Furthermore, Carter knew that Roy was not mentally resilient at the moment of her insistence, which further increased the strength of her words and substituted her agency for his.  Arguably, Carter stripped Roy of his ability to make decisions for himself and used her words to control a situation where actions would typically have been used.  This is particularly seen in her efforts to convince Roy to get back into the car after he had tried to get out and remove himself from the situation.

Although it is understandable that the Carter court reached its decision as a response to reconciling speech and technology in modern times, its leaves several issues unresolved. In particular, this decision challenges the First Amendment right to free speech and questions remain as to how the scope of the doctrine will be treated in future instances.

Of utmost concern are conversations regarding end-of-life treatment.  Having conversations between doctors and patients, as well as loved ones, about steps nearing the end of one’s life are crucial to effective care and communication. Having such restrictions would chill these conversations and create a liability that did not exist before.

Even extending beyond conversations related to end-of-life treatment, holding that one’s speech can overcome another’s will is particularly frightening as remarks made in jest might later be held against someone.  This is troubling because people often speak in hyperbole or say things that they don’t necessarily mean to be taken as truth. To think that an off-hand remark could suddenly lead one to be held liable for another’s actions is a frightening proposition.  In a way, this completely absolves the actor of any agency so that people can blame their actions on others, regardless of what they have done – it’s interesting how closely this point rings true to the Carter case.

The scope of the Carter decision should be narrowed to ensure that it does not further encroach on free speech nor create a minefield for day-to-day conversations.

At this point, we are left waiting for answers, since Carter and her lawyers are likely appealing to the Supreme Court based on these First Amendment claims.  Only time will tell how First Amendment rights will fare in the future.

One thought on “Sticks and Stones May Break my Bones, and Words [Can Sometimes] Hurt Me: Commonwealth v. Carter and Words that Kill”